Policy to Support the Prevention of Extremism and Radicalisation (PREVENT)

The current threat from Terrorism and Extremism in the United Kingdom is real and severe and can involve the exploitation of vulnerable people, including children and young people.

This policy is designed to provide a clear framework to structure and inform our response to safeguarding concerns for those young people who may be vulnerable to the messages of extremism. In addition, it provides details of the local inter agency process and expectations in identifying appropriate interventions based on the threshold of need and intervention model and the Channel process (see below).

Radicalisation is defined as the process by which people come to support terrorism and extremism and, in some cases, to then participate in terrorist groups.

Extremism is vocal or active opposition to fundamental British values, including democracy, the rule of law, individual liberty and mutual respect and tolerance of different faiths and beliefs. We also include in our definition of extremism calls for the death of members of our armed forces, whether in this country or overseas (HM Government Prevent Strategy, 2011).

LabMedExpert aim to guide our students to understand others, to promote common values and to value diversity, to promote awareness of human rights and of the responsibility to uphold and defend them, and to develop the skills of participation and responsible action. We take extremely seriously our key role in preparing all our learners for life in modern Britain.

PREVENT is a key part of the Government's strategy to stop people becoming terrorists or supporting terrorism. Early intervention is at the heart of PREVENT in diverting people away from being drawn into terrorist activity. PREVENT happens before any criminal activity takes place. It is about recognising, supporting and protecting people who might be susceptible to radicalisation. The PREVENT strategy objectives are:

All staff should have an awareness of the PREVENT agenda and the various forms of radicalisation takes in being able to recognise signs and indicators or concern and respond appropriately.

The following lists are not exhaustive and all or none may be present in individual cases of concern. Nor does it mean that vulnerable young people experiencing these factors are automatically at risk of exploitation for the purposes of extremism. The accepted view is that a complex relationship between the various aspects of an individual's identity determines their vulnerability to extremism.

There is no such thing as a 'typical extremist' and those involved in extremism come from a range of backgrounds and experiences. The following indicators may help to identify factors that suggest a leaner or their family may be vulnerable or involved with extremism:

Any identified concerns as the result of observed behaviour or reports of conversations to suggest that the young person supports terrorism and/or extremism, must be reported to the named designated safeguarding professional immediately and no later than the end of the working day.

LabMedExpert Child Protection/ Vulnerable Adult Officer is Kunle Akanbi. Where a young person is thought to be at risk of significant harm, and/or where investigations need to be carried out (even though parental consent may be withheld), a referral should be made in line with the LabMedExpert Vulnerable Adult Policy. However, it should be recognised that concerns of this nature, in relation to violent extremism, are most likely to require a police investigation (as part of the Channel process). As part of the referral process, the designated professional will also raise an electronic referral to Channel, (safer@wolverhampton.gov.uk).

Some concerns which are identified may have a security dimension to them. For this reason, it is important that liaison with the police forms an early part of all investigations. Lincolnshire Police will carry out an initial assessment and, if appropriate, set up a multiagency meeting to agree actions for supporting the individual. If it is deemed that there are no concerns around radicalisation, appropriate and targeted support will be considered for the leaner. 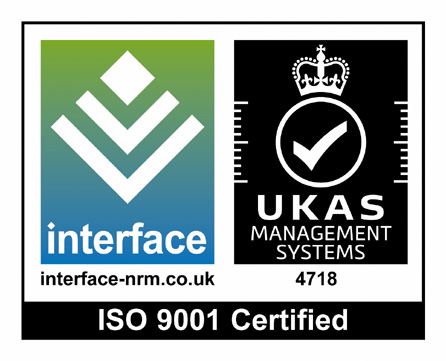 Schedule a call back and we will call you before you know it!

Book A call Back